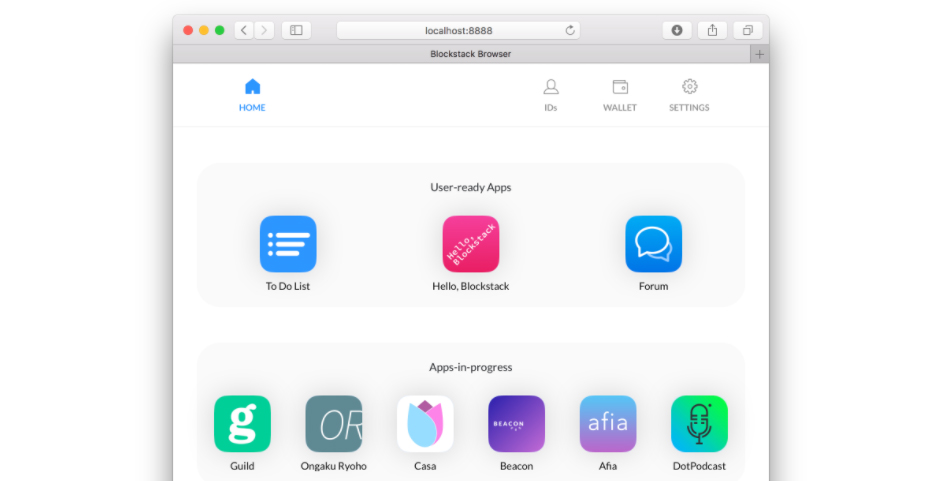 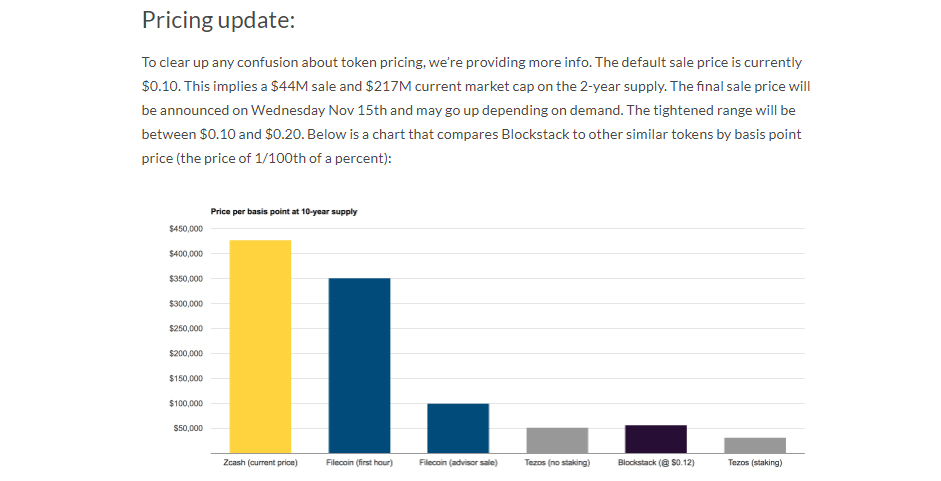 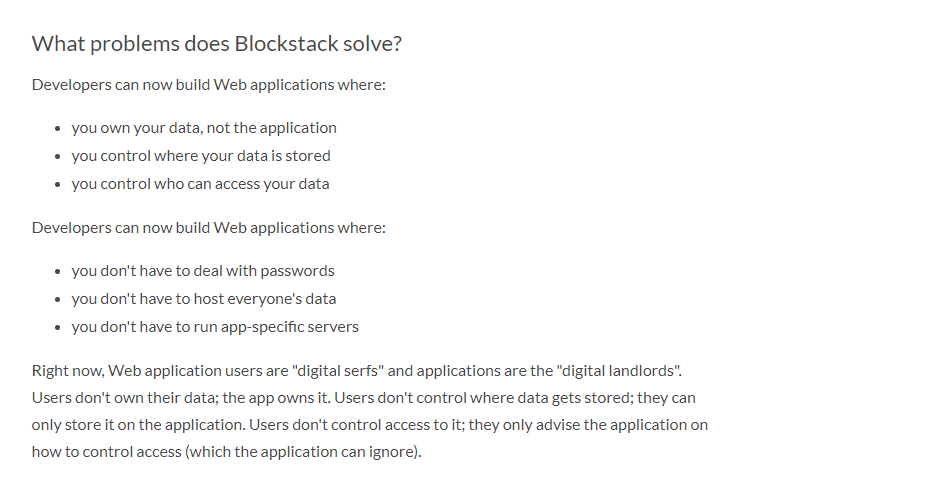 Blockstack
Blockstack is a new internet for decentralized apps where users own their data. A browser is all that’s needed to get started.

Concept
The comprehensive framework that Blockstack has created could change the status quo by reshaping the basic protocols of the internet.

Team
The team has several members that appear be well qualified and effective for their roles.

Execution
Blockstack's research and development has shown much success with the launch of their network and the multitude of apps currently available.

Concept
Blockstack is the new decentralized internet. With Blockstack, users control their data and apps run on their devices. There are no middlemen, no passwords, no massive data silos to breach, and no services tracking us around the internet. The applications on blockstack are server-less and decentralized. Developers start by building a single-page application in Javascript, then, instead of plugging the frontend into a centralized API, they plug into an API run by the user. Developers install a library called blockstack.js and don't have to worry about running servers, maintaining databases, or building out user management systems. Personal user APIs ship with the Blockstack app and handle everything from identity and authentication to data storage. Applications can request permissions from users and then gain read and write access to user resources.

No significant flags have been identified.

Blockstack redefines cloud computing by putting application data back in the hands of the users. The design behind their generic protocols allow developers to easily utilize blockchain technology as well as integrate a variety of secured user-identity based data and settings into their apps. This company has been around before the ICO buzz hit the crypto scene, and as a result their product has been well refined over the course of several years of research and development. In Blockstack's perfect world, we would see leaders such as Facebook and Google begging to structure around P2P technology as a last ditch effort to continue it's stronghold on user data, and this could be case, but only in the distant future as expectations have it.

Blockstack's decision to whitelist investors is a favorable plan, but screening users based on accreditation seems unfair to the community. To alleviate this Blockstack has also chosen to provide vouchers as investment vehicles for their ICO. Using a proof-of-burn mechanism to power inherent functionality will be effective for long term coin value and business development. That being said, this coin has a great vision, and a long term hold seems like a great idea, but finding reason to invest in the ICO instead of waiting till it inevitably takes a possible correction on an exchange is a different story.